Everyone should have heard of the term â€œ48V systemâ€. The current 12V electrical system used in automobiles has been used for more than 60 years. In 1988, SAE proposed to adjust the voltage to 42V, but due to the current technology level, research and development costs, etc. Auto companies have not actively promoted and are still 12V voltage. 48V system is divided into 48V electrical system and 48V light mixing system.

In 2011, Audi, BMW, Daimler, Porsche, and Volkswagen jointly launched the 48V system to meet the growing demand for automotive electrical loads and, more importantly, to meet emission regulations. As to why the 48V system is selected, 60V is the human body safe voltage, and the 48V battery has a maximum charging voltage of 56V, which is close to 60V. Therefore, the 48V battery is the highest voltage level under safe voltage, and the technology always grows in an exponential manner, and the relative high voltage is used. Later technologies laid a good platform.

From the table, it is obviously unrealistic to simply increase the fuel consumption per 100 km, which is 4.0L, and the vehicle is mixed and electric is the best way out. Although purely electric vehicles are an international trend, due to the high cost, supporting facilities, and battery life, they cannot be widely used in the short term, but the 48V hybrid system is lower in cost compared to high-pressure hybrid systems, achieving 70% energy savings. . 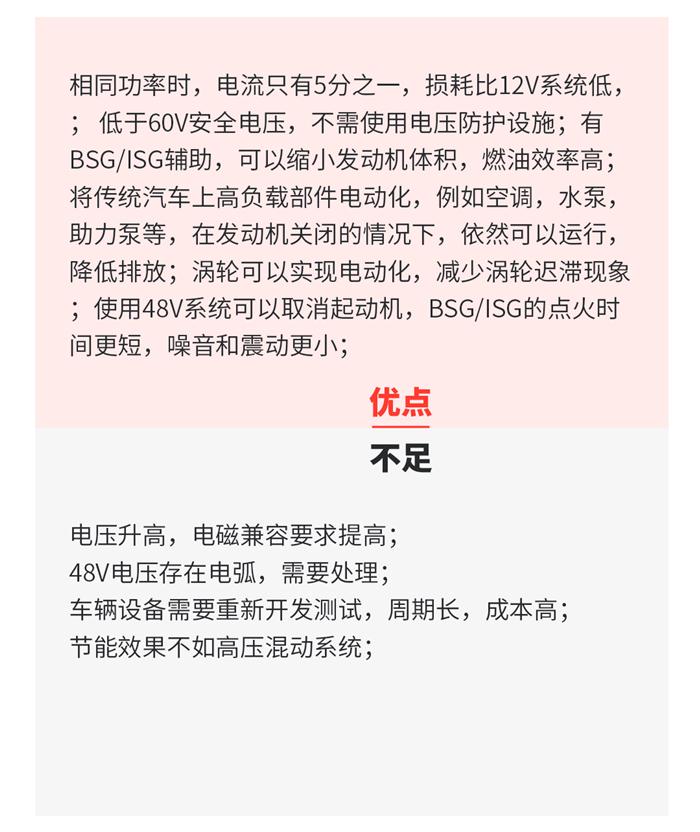 There are P0 and P2 designs depending on the setting of the BSG.

The first type of BSG is placed on the front side of the engine. This structure is simple for the arrangement of the BSG, has little modification to the entire vehicle, and can replace the generator of the original vehicle. However, due to the inability of the BSG to separate from the engine, dragging of the engine during coasting reduces the recyclable energy. Under NEDC conditions, it can reduce CO2 emissions by 13%.

The second type of BSG/ISG is placed between the engine and the gearbox. During the energy recovery stage, the engine can be disconnected, the CO2 emission is reduced by about 25%, pure electric drive can be achieved through the clutch, and the BSG can be further upgraded to the ISG to remove the belt. More integrated and more efficient. 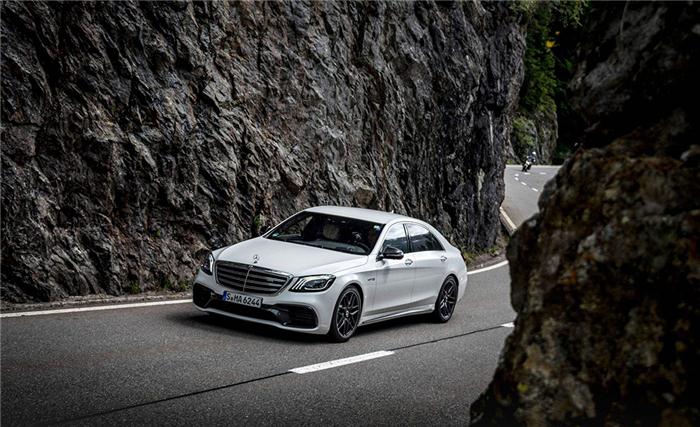 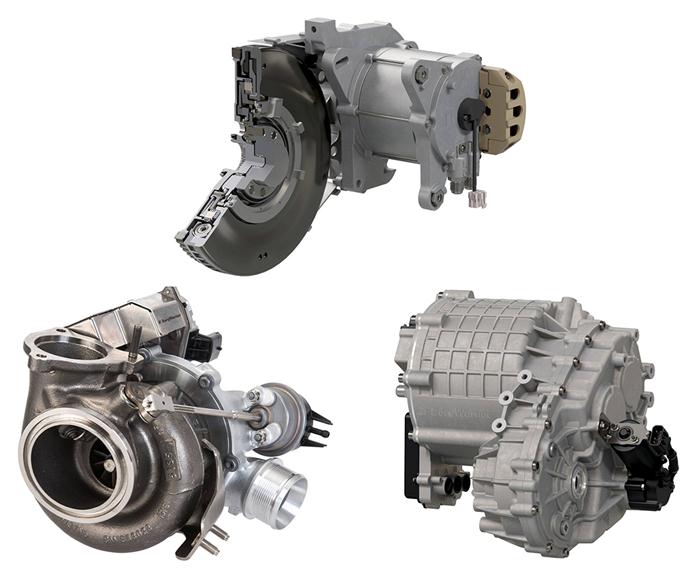 For example, the Mercedes-Benz 48V system was supplied by BorgWarner, consisting of an ISG-integrated generator/motor with no belt drive, a 48-volt lithium-ion battery with a capacity of 1kWh, and an AC/DC converter. ISG replaced the traditional starter. It can drive the vehicle and recover kinetic energy. After a lot of people get on the train, the start-stop system is turned off the first time, and it is difficult to accept the noise and vibration caused by the start-stop system. After using the ISG, the start-stop system is smoother and less noisy. 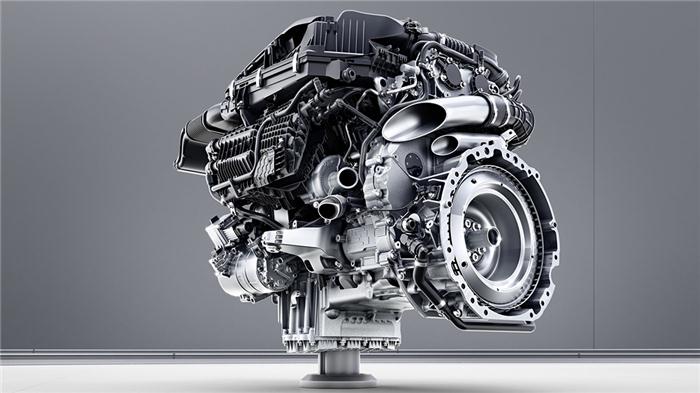 After using the 48V system, conventional belt-driven air-conditioning compressors, oil pumps, and water pumps can all be powered by electricity, reducing the losses caused by belt drives, increasing power output and reducing energy consumption. Secondly, the increase in voltage can increase the power of electric appliances for vehicles, such as the increase in the power of air-conditioning compressors, the enhancement of the cooling effect, and the fact that seat heating has reached the temperature faster than before and is also an improvement in terms of comfort. When the battery is fully charged, the ISG will disconnect the engine and extinguish the engine, greatly increasing fuel economy. 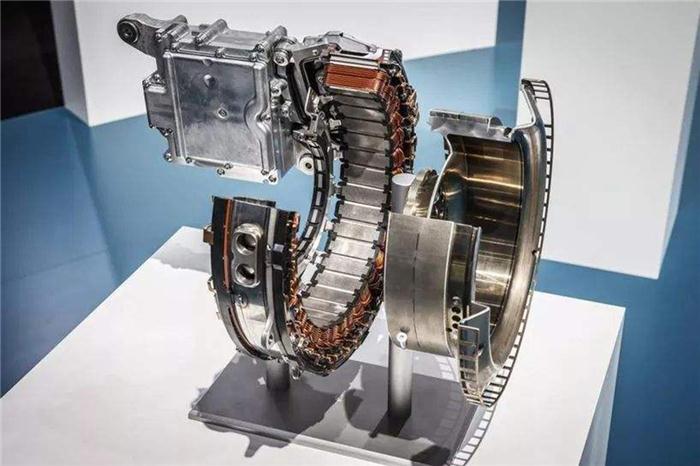 In addition, the 48V system can be equipped with a high-power electronic turbine. The maximum speed of the electric engine is 72,000rpm, and the rated power is 5kw, which can make up for the exhaust gas turbine's hysteresis and improve the responsiveness of the low-speed area. Another point is lightweight, 48V system to reduce the drive belt parts, use electric drive, simplify the design while reducing the volume and weight, improve fuel economy.

With regard to the prospect of self-owned brands, Bosch has provided a complete set of solutions for its own research and development capabilities, the BRS system (Boost Recuperation System), and plans to mass-produce it in 2017. Independent brands can rely on Bosch to promote the 48V system. .

The GTC II jointly developed by Continental and Schaeffler is based on the P2 architecture. The BSG is located between the engine and the transmission and is independently driven by a motor. It can shut down the engine on coasting and downhill sections, reducing the resistance of the engine and sliding further distances. Save more fuel.

Regarding batteries, the 48V system uses lithium batteries as a means of storing energy. Johnson Controls, Hitachi, SAFT, and A123 all introduced 48V battery systems.

In addition to European car manufacturers actively promoting the popularization of 48V systems, Ford, General Motors, Hyundai and other OEMs have seen the future of the 48V system, indicating that they will develop 48V models; domestic Geely, FAW, BYD, and Great Wall also confirmed the introduction of 48V systems, Europe The car companies have high hopes for the 48V system. If the European implementation goes smoothly, the Chinese market should follow suit. 48V light mixing is a cost, technology, and compliance with regulations. Although fuel economy is not as high as a high pressure hybrid system, it can give many manufacturers time to transition to new energy sources.

Mobile Impact Crusher also know as Portable Impact Crushing Station, portable impact crushing plant, mobile impact crushing station and so on, it`s a module that incorporates Impact Crusher, vibrating screen, belt Conveyor on a chassis. However the configuration can be a little different according to customer`s requirements, some may even to use Jaw Crusher for primary crushing.the movable Stone Crusher is widely used for sand and aggregate production purpose, mineral crushing unit for Ore Beneficiation Plant,  construction waste recycling(building waste), concrete mixing station, etc. The crushing capacity can be range from 30-300 t/h. 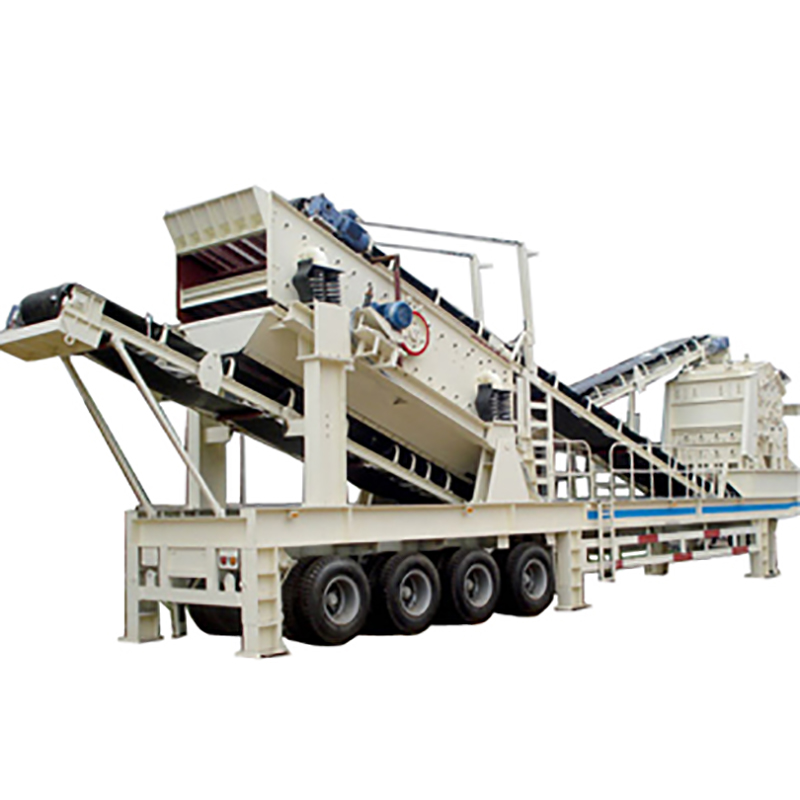