It is noteworthy that, in 2018, the Takada airbag incident continued to ferment. As of January 31, four brands including Honda, Jaguar Land Rover, Lexus and Tesla launched a total of five recall announcements involving Takada airbags. A total of 36,667 cars were recalled.

In addition, due to hidden clutch problems and hidden brake system, modern recalled 97,574 new Tucson, is the second largest number of recalled brands, whether this will affect the new Tucson warmer sales, but also worthy of continued concern.

According to the recall announcement issued by the AQSIQ Defective Product Management Center in January, the Economic Daily-China Economic Net Automotive Channel has compiled and compiled the â€œRecall List of Domestic Passenger Cars in January 2018â€. In January, a total of 12 brands in the domestic passenger car market announced 16 recall announcements, and 333,793 vehicles were recalled, a year-on-year decrease of 43.23% and a month-on-year decrease of 85.19%. The overall operation was at a low level. 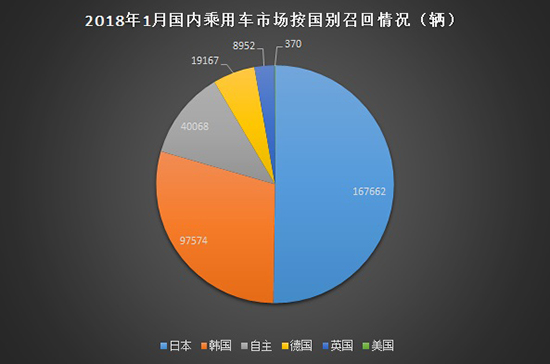 Among them, three batches of Mitsubishi brand recalled 139,954 vehicles in total, accounting for 41.93% of the total, becoming the most recalled brand in January, and the reasons for its recall involved the brake system of the vehicle, the engine, the resin material of the sunroof frame and other aspects Hidden danger.

In 2017, the number of passenger vehicles recalled due to the assembly of Gaotian airbags in China reached 9,758,575 vehicles, which accounted for 48.30% of the total number of recalls. It also became the most noticeable incident in the recall of domestic passenger cars in the same year. In 2018, the number of cars recalled due to the same problem continued to increase. As of January 31, four brands including Honda, Jaguar Land Rover, Lexus, and Tesla launched a total of five recall announcements involving Takadaâ€™s airbags. A total of 36,667 cars were recalled. 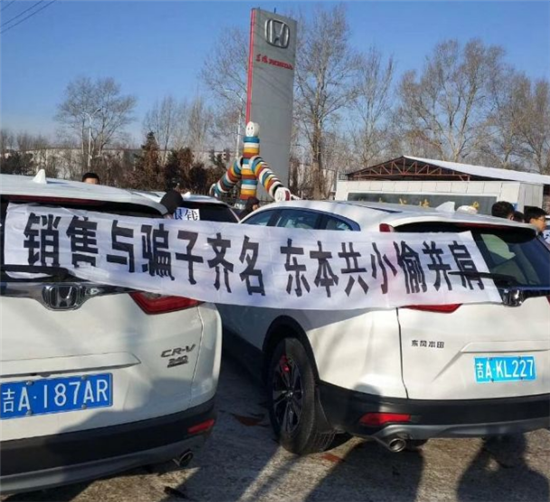 It is worth noting that Honda, which has continued to suffer from Takata's problematic airbags, faced even more serious difficulties in January. In January, some media exposed the problem that Honda's new CR-V had gasoline dilution oil and caused the engine oil level to increase.

Since then, the incident has continued to ferment, and the number of complaints concerning Honda owners has continued to rise, and the number of Honda models involved has also continued to increase. Under pressure, the Dongfeng Honda official held a media communication meeting on January 20th to explain that Dongfeng Honda Quality Management Minister Sagawa Teijin stated that the existing oil level rise has a certain relationship with temperature. Affected by the oil temperature, the oil level is The increase in winter and the decrease in summer are not aggravated from the whole year. Sagawa Tetsuzo also revealed that Civic, which also uses the 1.5T engine, has also received relevant complaints, but the ratio is much lower than CR-V.

At present, Dongfeng Hondaâ€™s â€œconsumer comforting programâ€ is to free oil and machine filters for vehicles whose oil level exceeds the upper limit of the oil dipstick by 30mm, and expresses its desire to provide fundamental support before the Spring Festival of 2018 (February 16). solution. However, most of the Honda owners did not agree with the "perfunctory" plan provided by Dongfeng Honda, and caused more consumer resistance.

Hyundai recalled nearly 100,000 cars to enhance the prospects for success

It is also worth noting that in January, due to clutch risks and hidden dangers of the brake system, the modern brand recalled 97,574 new Tucson vehicles in two batches, which was the second most recalled brand, accounting for 29.23%. 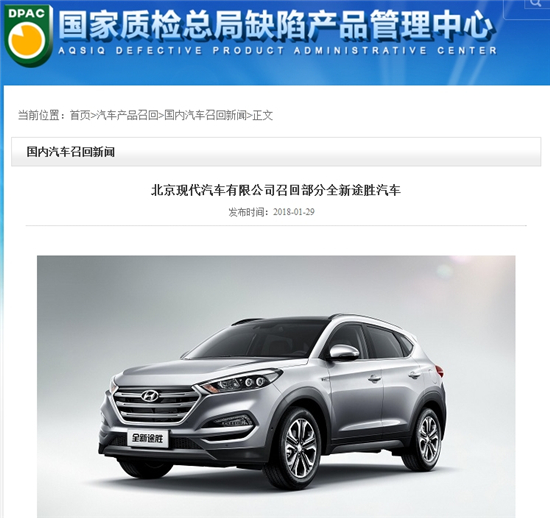 The new Tucson recalled in the first half of 2017 followed the entire Korean car at the same time into a trough. In April, the sales volume of the new Tucson had fallen to a freezing point of 3486 vehicles per month. Fortunately, in the second half of the year, its sales began to rebound rapidly. In July, its sales volume had rebounded to over 10,000 units. By December, its monthly sales had climbed to 22,369 units. However, whether the large-scale recalls that occurred at this time will stop the sales of its warmer sales from coming to an end and it is worth keeping an eye on the market.